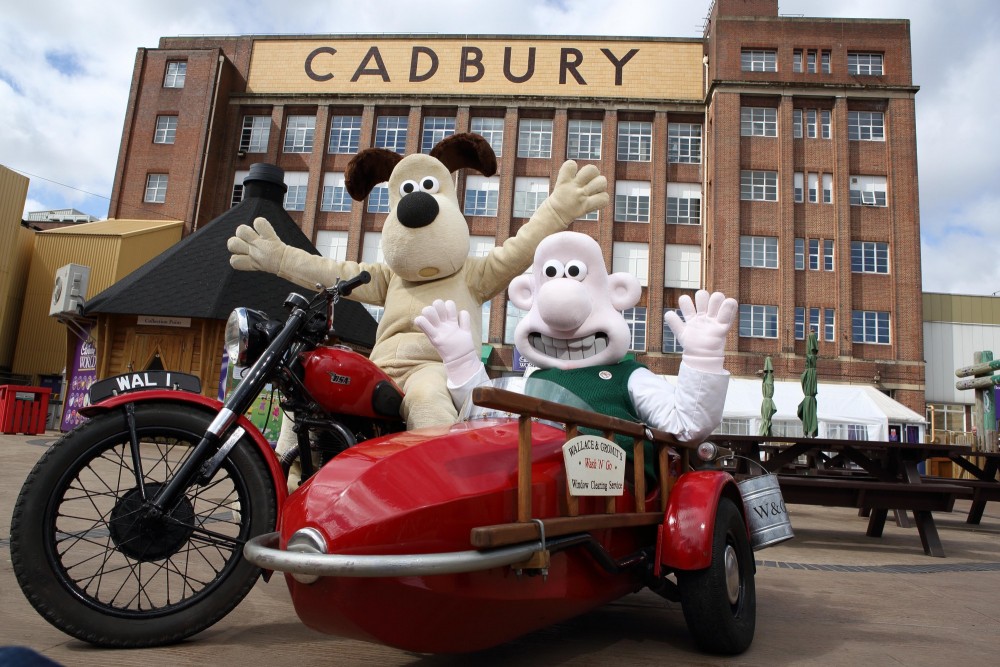 Mike Prankerd, a retired technology teacher from The Gower Peninsula near Swansea, South Wales, is the builder of this 1954 BSA M33 Watsonian Monza sidecar outfit.

A number of years ago, Mike “saved” and rebuilt it (for fun) as a working replica of the red motorcycle and sidecar outfit used by Wallace & Gromit as their window cleaning vehicle in the film `A Close Shave`.

The Wallace & Gromit people (incl.Nick Park CBE) at Aardman Animations in Bristol gave Mike permission to build the replica and more recently also gave him permission to build a working replica of the Austin A35 Bread Van (the `Top Bun` van) from the W&G film `A Matter of Loaf and Death`.

Mike rides/drives both vehicles to local and  national shows and events whenever he can to collect for charities including `The Grand Appeal` and the Wales Air Ambulance Service.

The museum is pleased to have this fun exhibit on display in the museum foyer from Feb 2017-Sept 2017 inclusive. Why not bring the kids along to see Gromit who will be sitting in the sidecar waiting for you?