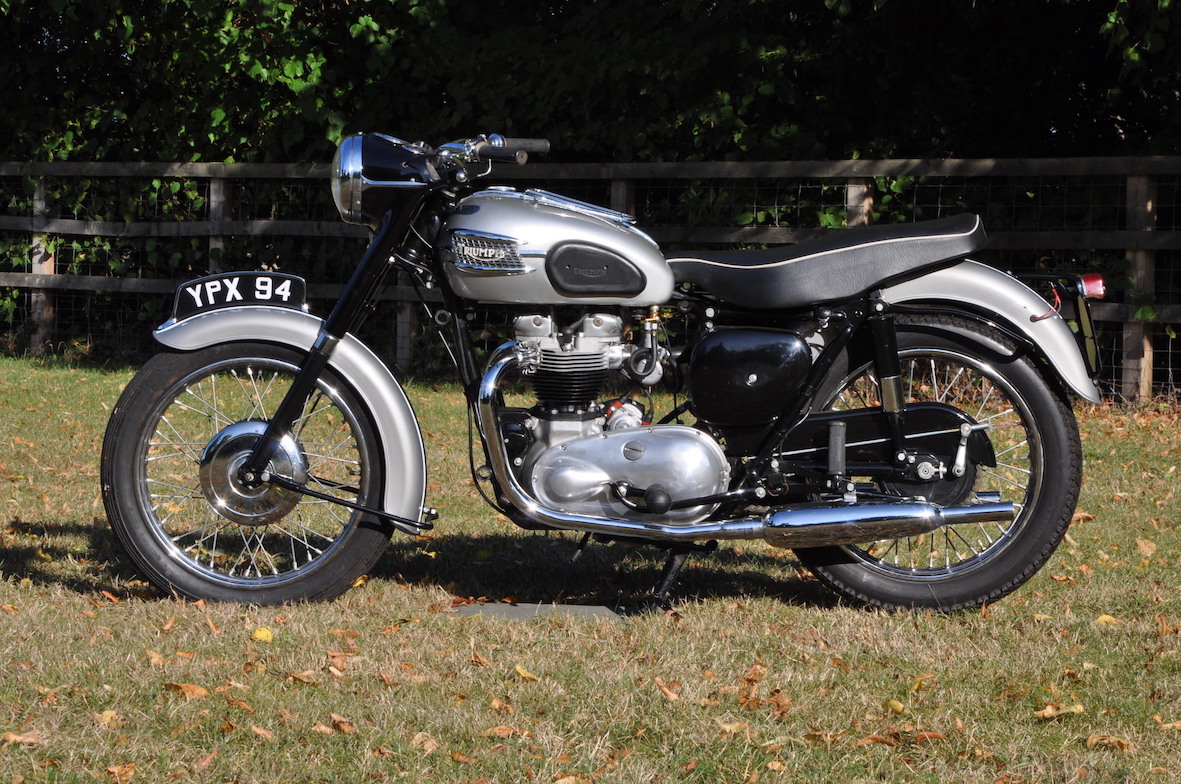 This 1958 Triumph T110 previously owned by motorsports journalist, Denis ‘Jenks’ Jenkinson, will be sold at the H&H Classics motorbike auction on April 7 at the National Motorcycle Museum in Birmingham for an estimate of £6.500 to £7,500. 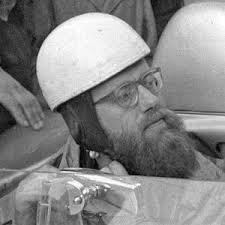 The legendary Denis Sargent Jenkinson, (1920-1996), known as ‘Jenks’ in the pages of Motor Sport Magazine, was a journalist and author deeply involved and committed to motorsports, covering Formula One all over Europe.

He put skin in the game and was world sidecar champion in 1949 (as the passenger) and won the Mille Miglia as navigator for Stirling Moss in 1955. His article With Moss In The Mille Miglia is generally acknowledged as a classic of motor racing journalism. His book The Racing Driver was based on his experience as navigator and is a true classic worthy of any motorsports literature collection

Jenkinson was studying engineering when WW2 broke out. As a conscientious objector he served in a civilian capacity at the Royal Aircraft Establishment in Farnborough.  This brought him into contact with Bill Boddy, editor of Motor Sport, and other enthusiasts.

After the war Jenkinson started competing on two and four wheels, but he lacked the funds to race regularly. He found that acting as sidecar passenger to top riders enabled him to both enjoy top-level European competition himself while being paid and to scratch a living writing about it – he was passenger to Eric Oliver,  (with whom he became World Champion in 1949) and Marcel Masuy.

He became accepted as the ‘elder statesman’ of British racing journalists due to his closeness to the teams and drivers, his conversational writing style and his obvious and enduring passion for the sport.

Mark Bryan, Head of Motorbike sales for H&H, says “Provenance is always great to have and undoubtedly can add value, especially the likes of Dennis Jenkinson, known more for his car exploits with Stirling Moss but this bike once more demonstrates his love of anything mechanical”.