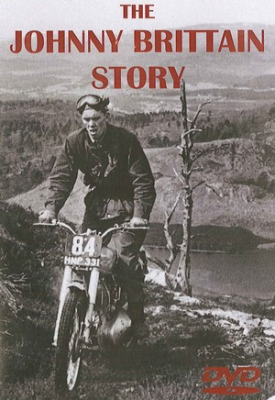 In 1956 he won the highly prestigious ACU star and achieved runner up or third place on several other occasions.

Johnnys performance in International Six Days Trials, known as The Olympics of Motorcycling, is legendary. He competed for 15 consecutive years, winning an astonishing 13 gold medals. He was a member of the last British team to win the event, which famously took place in Czechoslovakia in 1953.

His longstanding association with Royal Enfield ultimately led him to become an ambassador for the Redditch motorcycle manufacturer. Prior to joining the company, Johnny also rode for DMW and James. This film also documents those early days of his career.

Here Johnny tells his own story, one that would not be complete without also recounting the life of his highly influential and equally famous father, Vic Brittain. Vics exploits riding Diamond, Sunbeam, Norton and finally Royal Enfield in a career that spanned three decades are told with great warmth by Johnny.